Have some random scattered art thingies.

-----
There is a trend in all things which have succeeded. Think back to the most memorable movies you've seen or heard of.

Regardless of whether the movie was actually good or not, they probably share some common ground in world building. Media that generates fandoms, from huge convention-sized populations to elite followers, have a world that the viewer can dive into.

Star Trek, Star Wars, Firefly, Avatar, How to Train Your Dragon, countless animes, Harry Potter, you name it. They each have an instantly recognizable world; a world that is detailed enough for an audience to get lost in, but still leaves them wanting more.

It's comparable to a pool. A basic media grounded in reality could be a very good or very bad piece. Both, however, are pretty shallow. The human imagination can reach unfathomable depths which often never appear in such realistic creations. You may love 'The Notebook,' but there's nothing besides the movie. You can't swim any deeper into it: somewhat like a mental kiddy pool. 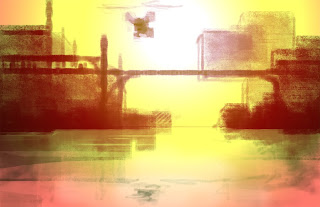 On the other hand, there are films, books, games, etc. that have incredibly deep ends. They are so hardcore and detailed and thought over that a person can literally drown in the sheer amount of information. People willing to take the dive are the ones who become fans. From the shallows, they look into the deep and are enveloped into the world - whether it be Star Wars, Harry Potter, or even (sadly) Twilight. The vampire movie sucks (no pun intended) its audience in by providing them a vessel into the world: the main character. She's never described, has no personality, and has no outstanding features. Once a viewer sees the grotesquely detailed world around the character, however, they suddenly have a decision of whether to fill that main character with him or herself. They take the blank slate and inject themselves into the world. Neat, huh? And rather sinister. It's like a semi-deep pool with a powerful vacuum at the bottom.

Other franchises accomplish fan bases by providing enough opportunities for the audience to see what they'd want to be. Han Solo, dude. They find core fantasies that people strongly desire, but can't delve into (because reality and fantasy shouldn't mix, after all). Creating a world for the core fantasies to flourish gives the audience member a place to go, where they are accepted for whatever or whoever they want to be. Astronaut, hero, pilot, fighter, princess, whatever. Once you leave the shallows, the depths are strangely familiar and comfortable. And, you rarely ever want to leave.

This is why such films and books do so well. No matter the quality, they utilize their audience's own imagination and curiosity to get them hooked. 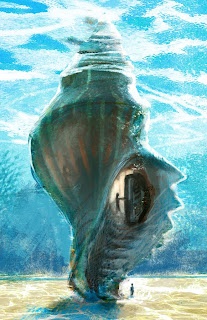 Hence, world building should be considered a subliminal art. Very crafty, very cunning. If it's too noticeable, the illusion is lost. And yes, some movies have tried a little too hard.

An example of 'too deep' is the live action version of The Last Airbender. The animated show was phenomenal. It gradually gave you a new world to place your mind into. It gave you recognizable aesthetics, character-driven plots, amazingly done animations, creatures, behaviors, places, all that jazz. A viewer can easily love the show. But the movie... The movie was a disgrace in that it tried to literally cram a description of the entire world (and plot) into a single film, whereas the series obviously took several seasons to do so. Rather than a steadily descent into the imaginative world, the live action movie tied a cement brick to your ankles and shoved you into a 30-foot deep hole.

All in all, a happy middle ground seems to work better than extremes on either end of this metaphorical pool. I've been working on a world for quite some time now, and hopefully by taking these things in mind it'll prove to be a success. Here's hoping.

Next time, I'll talk at you about why the heck this is even important.
Until then, take care.
-Kez 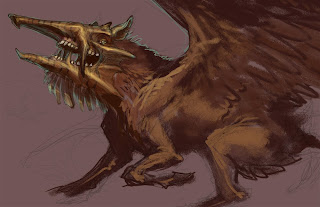