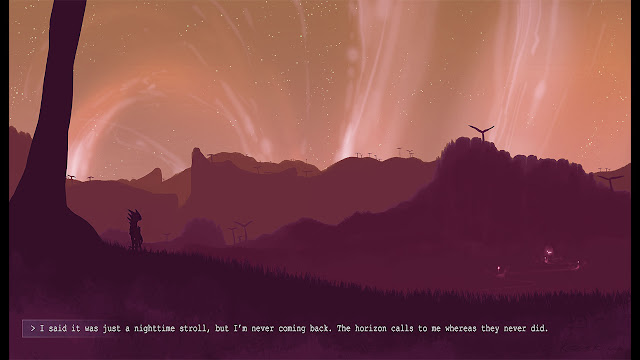 A game idea that's been brooding in my mind for a while.
-Kez
1 comment: 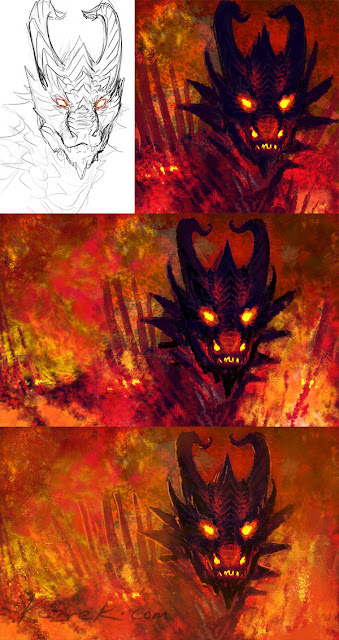 
Edit: Made a tutorial on this gifmaking, to the extent of my slim little knowledge.

I often dream, not only in color, but in sound, characters, plots, and designs. Strange things I've never seen or imagined before seem to find their way into my head at night, and last night's second dream was exceptionally 'explosive.'

---
First dream
-
Myself and a friend were in an abandoned series of concrete houses, right next to a hidden beach. The evening was closing in on us, but we resumed our stroll along the exposed pipework and unfinished foundations, beneath the skeleton and plastic roofing over our heads. I look to my right, down the beach, into rustling foliage. A Utahraptor lightly walks out, in our direction.

Startled, we rush to higher ground. It hears our exasperation and follows us up into the open-faced rooms and floors, getting angrier and angrier. I try to distract it with an illusory raptor made from a forgotten stuffed animal. It tears through the toy and roars at us. My friend is gone. I face the raptor head to head, separated only by some barred wall. It hisses at me and charges. I duck underneath to the floor below. Now that I'm out of sight, I try to trick the raptor into following my scent to a wrong direction. It shrieks and roars in frustration. I can hear it getting nearer and nearer. My only escape is outside the building complex.

With that in mind I hurry to a staircase, to find that it's blocked off by debris. I look up at a window in this corridor and the raptor tears at the door behind me. I thrust the window open and

we're five stories up. It's nightfall, blue and swirling grey all around me. I step onto the ledge and shut the window behind me. Clinging to the building, I inch my way to various windows. All locked or broken.. But finally I come across one window that is not locked. Its glass is frosted and dirty, hiding whatever lies inside. I yank the window open and fall inside.

This room is quiet. Toys are strewn about. There are soft, night-darkened colors, a crib in the corner. It's a nursery. I realize I'm in the home of someone who is living here. Sneaking past the napping baby, I tiptoe across the room and exit.

In the hallway. I hear the parents talking. There's a light from the kitchen - there are two ways leading to the front door, thank goodness. The father however moves into my field of view. I crouch into a dark corner. He walks right up and past me, into the nursery. I make haste towards the exit and finally breathe a sigh of relief when I'm out, back into the veil of night. The distant raptor roars an echoing cry.

---
Second dream
-
We were all in a completely silver and grey room set up like a rectangular auditorium, with a giant hallway leading up to it. I've no place to sit. The whole school was there it seems - but there were only about 50 or so in our school - where did all these other kids come from? I sit down in the far left aisle, gazing down into the open hallway, with no doors, no windows, no idea where the fluorescent lights are coming from.

From the hallway, more students and people show up. We're being crammed into this room. There are a few people who look different... dangerous. They seem to be modern-day witches and wizards, dressed in military uniform, threatening us with their wands that oddly resemble swords or guns. Their leader then ushers us out into the hall again. We're being transported somewhere? As we exit the rectangular room, our hands are bound behind us.

As I pass the line of enemies across the hallway from our march, their leader tells us that it's time for us to meet our fate rather than run from it. We deserve our end. My face goes pale. The walls are all, still, windowless and grey. The hallway weaves right and left and straight, in unfamiliar ways, taking us to

the deck of the ship. We are on an enormous, absolutely colossal ship, out at sea. It looks like a storm is beginning in the far distance, but it... it resembles an eminently expanding atomic explosion. The sun is setting to my left, far up the line. There is a bridge that starts from the top of the line and goes back around the ship to where we can not see it. Our forced march takes us into a room in groups. We are shut inside for a while. I find myself in this dark, fluorescent lit room with women dressed as badass pirates, but they are all scared and hopeless. I ask them what's happening. They don't respond. One woman looks me in the eye and shakes her head.

The door opens, revealing the bridge that spans over the irritated ocean. Our enemies are waiting outside, urging us forward. After a moment of pause, I take the first step, look out to the pirates, and they follow. We walk along the bridge, eyeing everyone we have known  back on the ship.

The bridge takes us back around the ship, to an island with a few tall mountains and a small village nestled between them at the water. The ship leaves right after we reach ground. I turn to face our new setting. It's so quaint and cozy... what could possibly be happening?

Some little girls walk up to us and start undoing the binding around our hands. One little girl has a red wagon with a sunhat, a rabbit doll, a fake pie, and a crayon drawing on paper. They ask us to play with them, only to scatter when they see more enemies in uniform approaching. Seeing this too, we fake our bindings and put our hands back behind us. Their leader is a witch in military garb- dark green fabric with bronze trim, crazy black hair, a hat, and a scowl on her face. She directs us to one of the village huts, up a flight of steep stairs. It's sunset - red and warm outside.

Inside the hut, however, was a strange thing. There's a round table, some bottles, chairs filled with our foes, typical house objects... but one of the walls opened up into a completely new area. A swampy beach at night. Riddled with arms and hands... severed arms and hands. I ask the witch to explain to us what's going on.

She grins at us. 'The end is nearing and we can't let you escape.'

One of the pirates gets angry and thrusts her fist at the enemies, "You won't live to see our end, you filthy rotten scum!'

The witch notices her unbound hands and bares her teeth. 'We'll start by taking your arms!'

We bolt back outside past the guards and careen down the stairs. We cross the beach to the other side of the valley and look back to see our enemies running towards us, down their end of the valley, when suddenly

the sky before us explodes. It slowly lights up, crackles, smokes, erupts, BREAKS itself open. I clutch the little girl with the red wagon as she screams.

The entire world shakes and heaves, shivers beneath us, and the sky grows brighter and brighter. I look back up into the sky just in time to see a dark but colorful avalanche cloud of smokey liquid pour over the mountains around us and careen towards the ground. The colors turn into rain.

This is the most unique sensation I've ever felt in a dream. The colors formed uncountable patterns, every color of every spectrum. Plaid, polka-dots, spots, stripes, triangles, circles, geometric twists, swirls, grids, hexagons, squares, brick patterns, textures, graphics and shades, mostly white backgrounds, it all poured - poured, like completely coated - the entire world. Everything was distorted. My hands looked like inter-dimensional ever-changing spacial shifts, my fingers morphing from pointed to square to nonexistent to blending with the mountain, also covered in this mind-boggling burst of time and space. For this split second everything was not. Just not. I wanted to scream. I heard everyone around me screaming and cussing death and mortality. I wanted to... but I felt my fingers.

My fingers looked like an uncontrollable circus of pulsating particles, but they felt the same as always. As instantly as I realized this, not only was my mind washed with clarity, but the entire universe was, too. The rain slowly turned into real rain. It strung and poured all across existence. The colors and insanity vanished as soon as they had appeared. Everything was normal. And bright. The sun was rising a crisp new day behind me. The island was lush and everyone rejoiced. The enemies were gone.