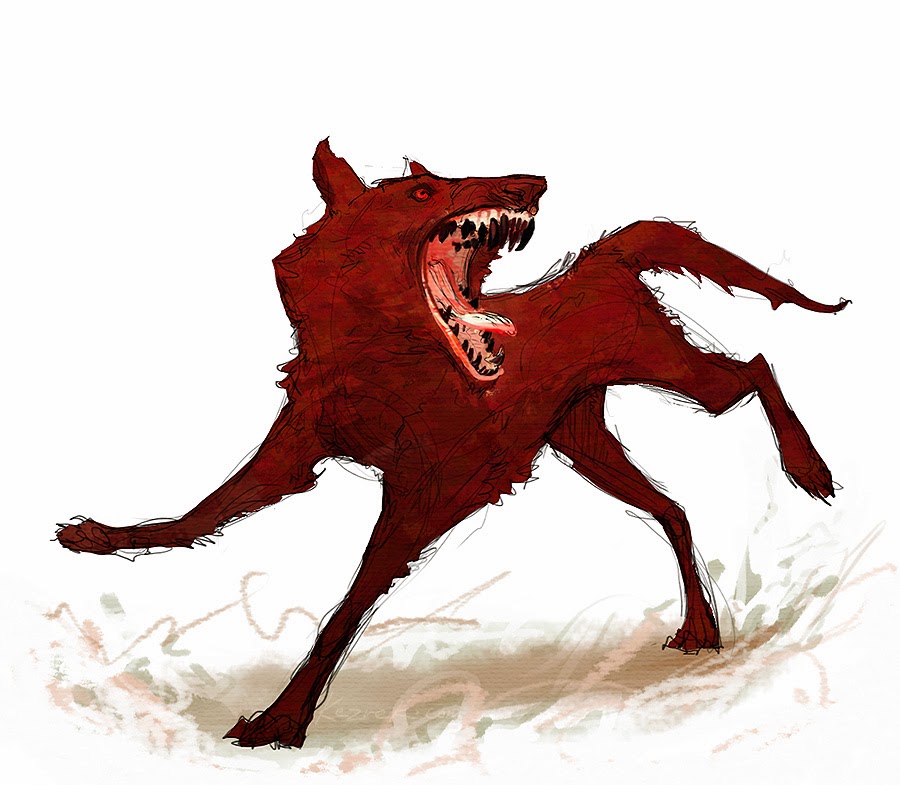 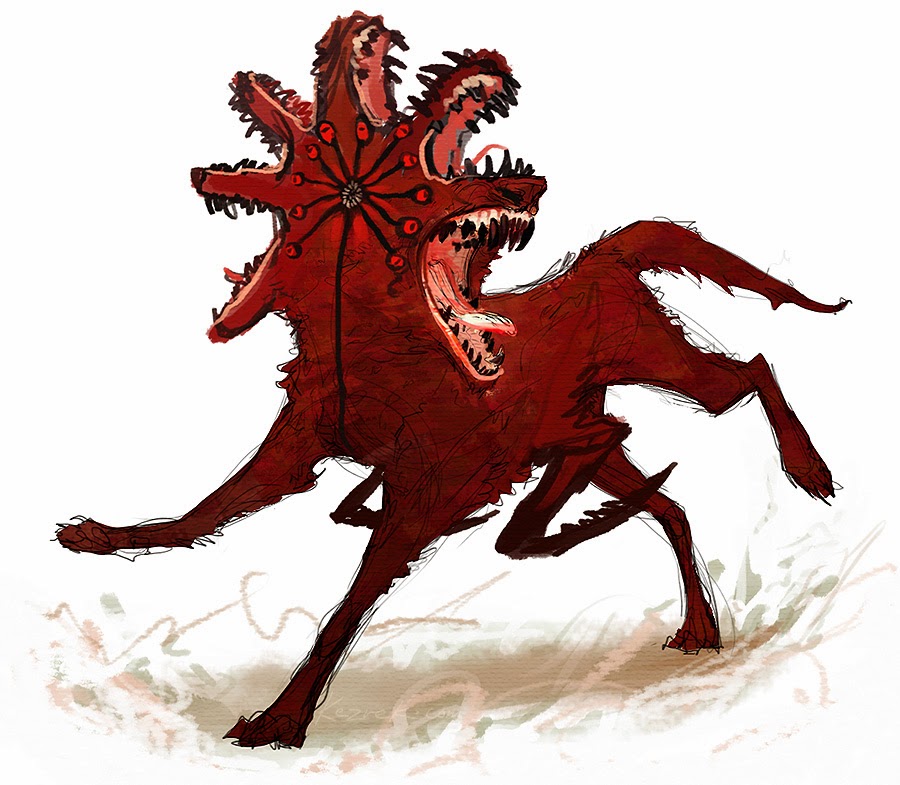 Enjoy these mock-up animations for a project which was recently put on hold. They only took about 20 min to make (Liquify tool is such a doll) as they were a mere test to see how sprite animating worked/looked in Unity.
No comments: 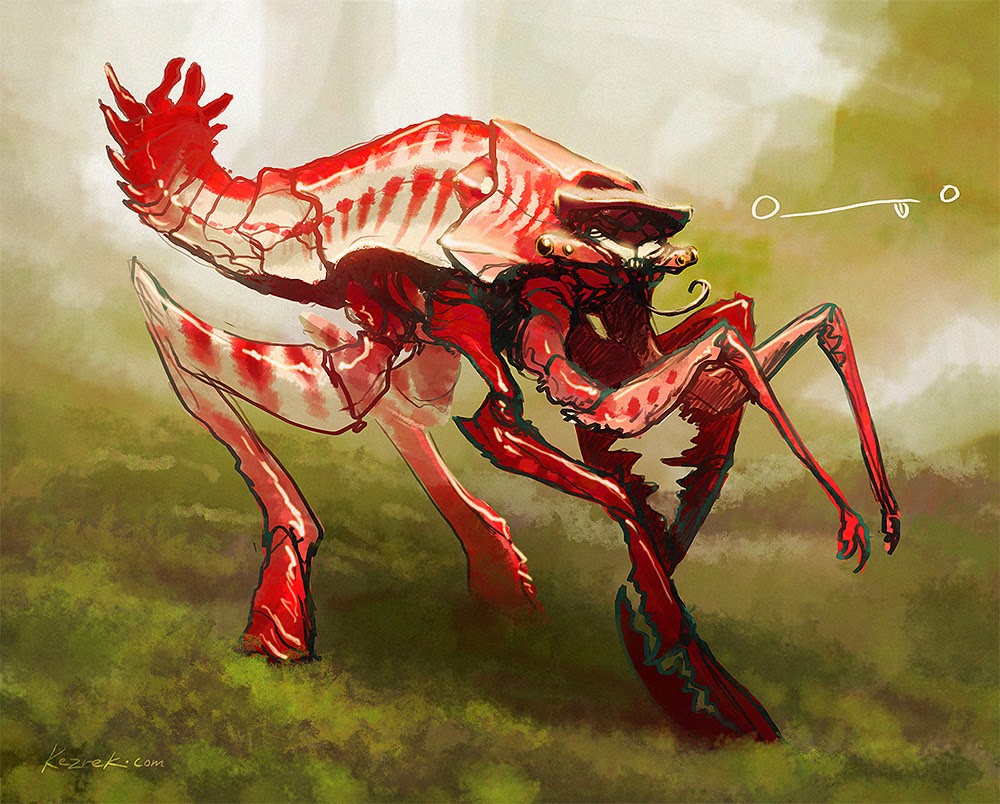 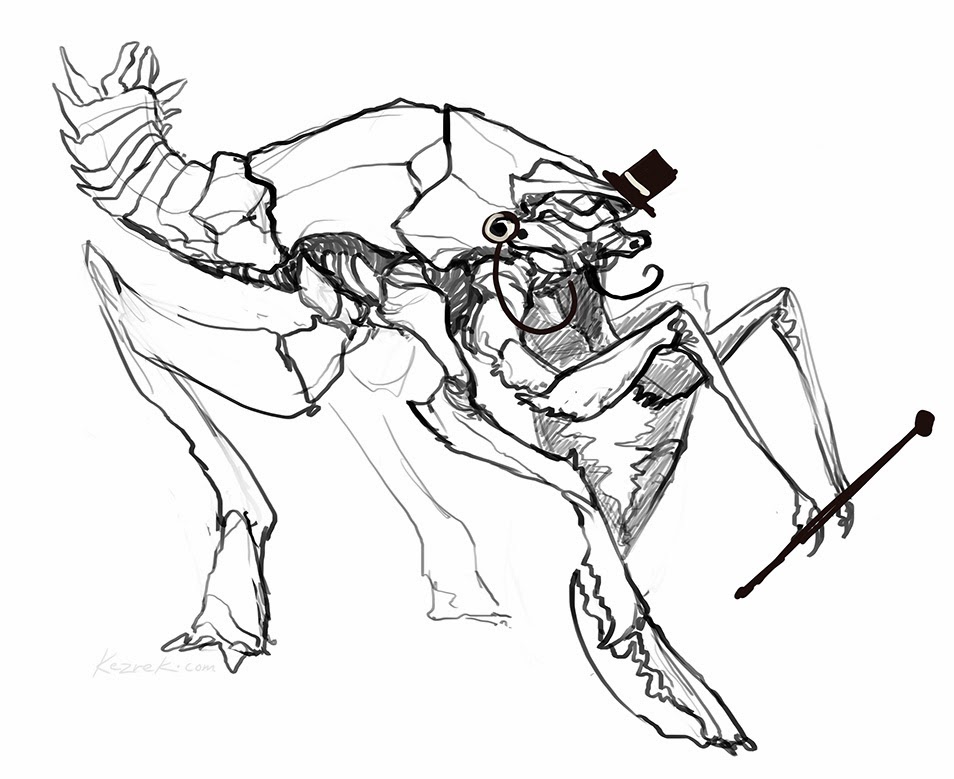 This is why you don’t fly through lightning storms 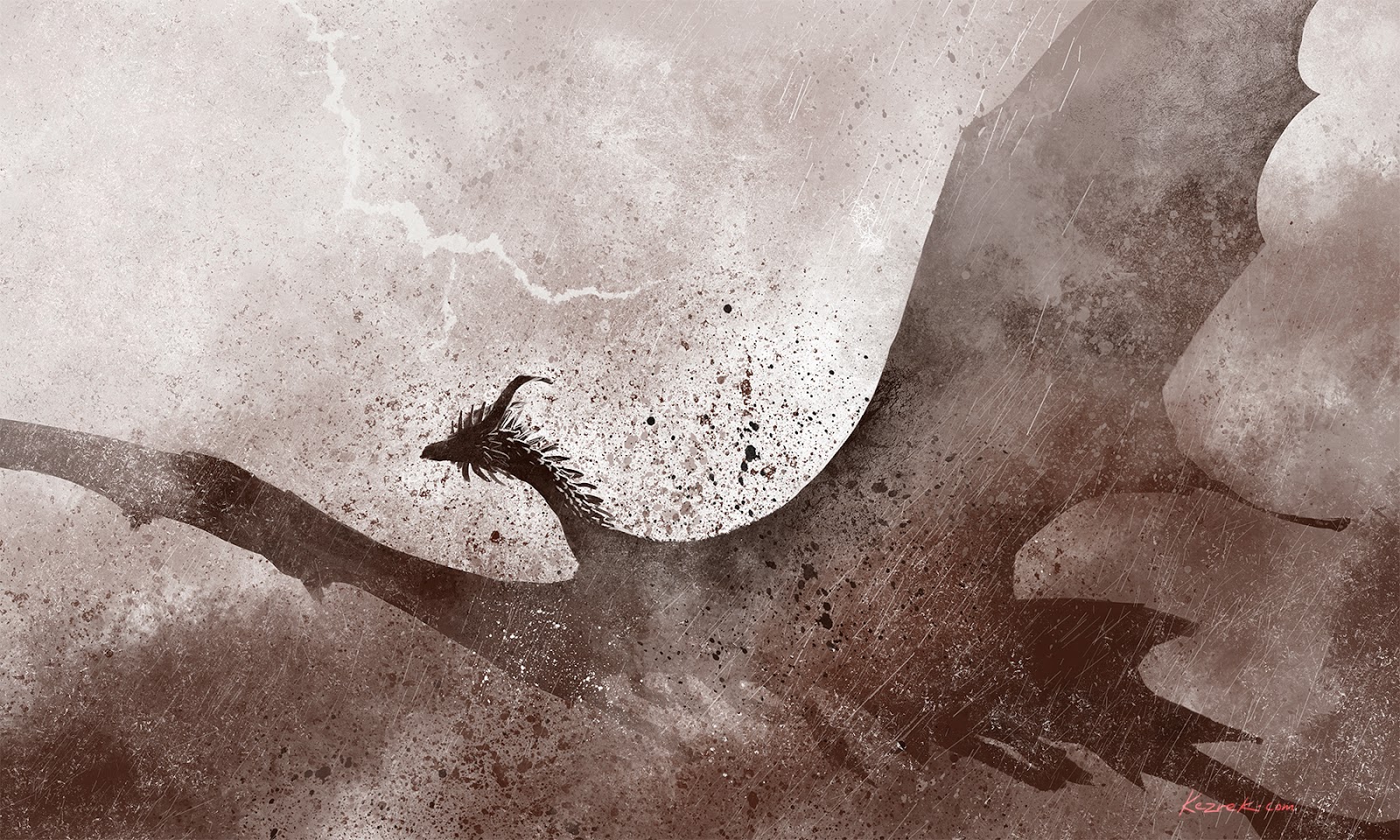 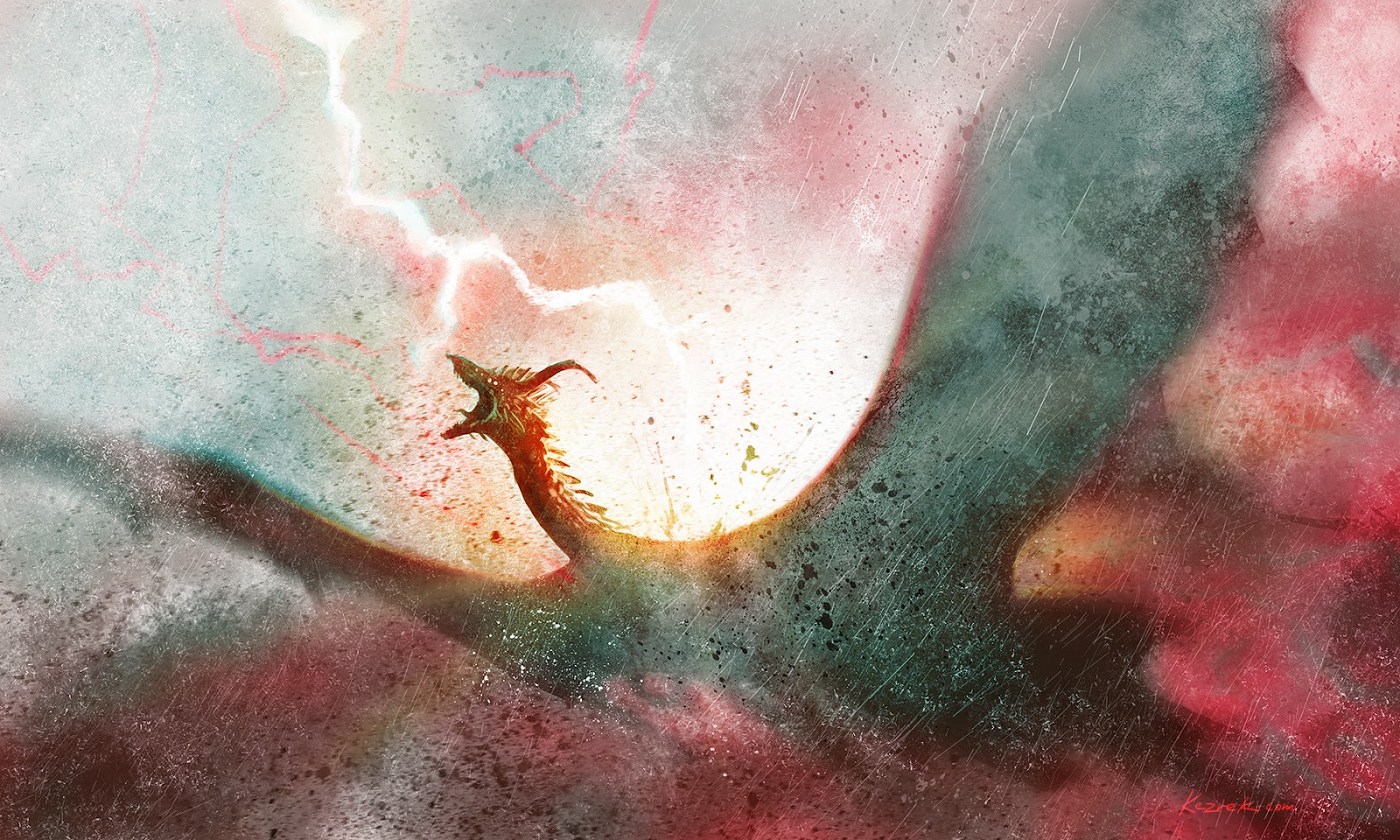 A quick doodle, and what happens a split second later in said doodle. Ow.
30 min

It started when I left home and didn’t look back. I drove the Rav down my family’s driveway for possibly the last time ever, reminiscing about talks with my siblings. The driveway was one car short.
I’d come to live in an odd city. The streets were quaint enough, but the buildings that separated them erupted so high, no one even tried to see their tops. People chose to use the side roads instead of the highways, leaving them barren and dark – quieter than the already silent town. It was common knowledge; don’t take the highway, they’d all tell me. They, being the city’s inhabitants, left all traces of existence but for the most part were nowhere to be seen until today.
Today should have been like any other. I drove to my obligation and listened half-heartedly to the radio. It prattled on about some celebrity. The roads were their usual self, lined with parked cars on every right shoulder but devoid of traffic. Perhaps I was late to start the day?
I arrived at school. I entered a familiar sight painted with primary colors and pastels alike, bus-yellow walls and sunlight unfathomably oozing in through the far window. It was a k- through- adulthood establishment, housing all manner of humans, probably 20-30 total not including the teacher. She was an odd sight among the students; this was a person I knew in real life. An old art teacher who crawled out of my subconscious – just the idea of her brought me to sudden self-awareness. And without any real reason I began to feel an anger churn inside me.
For a while I dawdled with my peers. Myself and some other 20-somethings played pretend with some 8-year-olds. Someone started cooking bacon on one of the counters, and we flocked to their side, calling dibs. This is when the teacher, who’d been sitting on a couch nearby, spoke up. She gave a lecture to the class (who was listening but not necessarily in front of her or looking her way).
The lecture was about life as a whole. “It doesn’t get much better than this,” she’d say with a smile. “Don’t try to fight this lifestyle, children. You find something halfway decent, you settle on it. There’s no reason to do anything atypical or rash. Science tells us that this is a good ultimatum. It’s good for us all,” and she would go on and on.
As she spoke, my hatred festered. I don’t know why. Nothing particularly stood out to us as offensive or vile. Regardless, I turned to her with a darkened sight.
“Why would you say such things? Don’t you even know what science is?” I muttered. She glared at me but didn’t say anything. “You think this is what’s best to teach your children? - that there’s nothing to look forward to, no reason to fight for a better future? Do you even understand?”
Apparently not. She began yelling at me - zip it.
"How can you honestly believe this?” I continued louder. “Science isn’t telling us to stop and shut up and settle with all that’s wrong with the world! Science is about discovering the unknown! It’s about leaping with fear yet courage into the face of darkness! It’s a force of purity! It’s about fighting: not only yourself, but the world’s ignorance!” Time for analogies, I guess. “A thousand years ago, humans would think what we have right now is nothing short of magic, even though it’s all reality! They would look at us as if we were completely insane – but that’s not a bad thing! Abnormality is good and testing waters is healthy. Staying still and doing nothing is just DYING QUIETLY!” And now the conclusion (this is stupid yet brilliant in its own dumb way). “Hell, even the magic in Magic School Bus is probably REAL TECHNOLOGY we just haven’t found yet! But we’ll never find that magic until we go look for it!”
She exploded with rage. I stood glaring at her, blood worked up, fists clenched. I decided to go.

Home was no longer a suburban house shrouded in memory’s mist. It was an apartment someplace in the heart of the city. Driving calmed me down but the conversation stuck with me.
On the way, the air of the city shifted. I was close to home when I noticed the lampposts and traffic lights on the ground. Their wires lay dead on the sidewalks, their glass broken in a colorful splatter. Instead of empty roads, I actually saw traffic for once, leaking around the fallen devices. Down various streets I could see the red-blue flashes of police cars dance on the city.
At first it didn’t seem out of the ordinary. Just as I realized something truly was amiss, I drove past the culprits (or, at least, one particular group of culprits). They were covered in all sorts of shadow, pushing against the lamp pole until it fell and blistered upon the asphalt. I drove around the new obstacle and turned onto a lesser-known street.
This didn’t help, as I came around a corner just in time to see another group pushing over a traffic light that crashed to the ground right after I accelerated past. They were not aiming for me, but what were they doing?
I parked the car and opened a map of the city. It looked very much like New York, if it were built upon hills and valleys with one narrow river to the west, and completely land-locked on the east. I marked where I’d seen fallen lights. It was a broken line headed toward a gap in the buildings/streets of the city. It used to be a small park, not even a quarter of a block in size, but was now a cement slab that received more sunlight than anywhere else on the city’s ground level. I knew this, because that’s where I lived.
After some moments of thought, I made my way home, inadvertently following one of the criminals walking in the middle of the street. It was a young man wearing a dirty shirt, black jeans, red bandana, and long-worn sneakers. He glanced back to me before stepping into a building: the one I lived in.
The hallways inside were thin, drastic things. It felt like walking inside a carefully carved bone, lit by the occasional fluorescent eyesore. The stairs were steep but lacked handrails. Up the stairs, right turn, up the stairs, left turn, walk, walk, walk… Wait, hold on.
I decided to say hello to my neighbor. He was glad to see me and invited me in to their undecorated apartment. He was a Hispanic single father trying to get by. His daughter had friends over, and they were playing past the kitchen.
There were weird plans laid on the island. “Hey, uh…” I looked at the plans. Stilts? A costume? “Do you have any idea what’s going on outside?”
He nodded warily. “Y… yeah. Something big is happening.”
“What exactly?”
“I don’t honestly know,” he said. “It’s all kind of vague… The best answer I’ve been told, is that something is happening at all,” he stared at the far wall, then to me. “What do you think?” He motioned to the plans. One page had a drawing of a Power Ranger on it.
“Ah,” I smiled faintly. “You’re going to be a superhero?” He chuckled dismissively. “Now now, it’s not a bad idea,” I pointed to his daughter. “She could use a hero. Why not her own father?” He paused at the thought, and then turned to his daughter, giggling at a silly toy with her friends.
“…”
I continued to my own living space. It was a studio apartment with no privacy – one wall against the hallway, three walls of complete glass facing the cement park (and other apartments), a thin ceiling, and a floor covered in unorganized stuff. The windows had these faux-blinds with no practical use. I made my way amongst the junk to the far window and tried to ‘close’ them for the millionth time. They were made of some strange material – black, individual strings pretending to be something you could relax for visibility, and constrict for concealment. I caught one glimpse of the park down below. No one was there yet. Without warning I had the sudden urge to go to the park with a bandana.
No comments: