"As if space itself was torn apart, a gaping wound of red vac-mist rushed around the merchants’ ships. It cloaked them in confusion and fear… ripe for a vicious attack from the Flared Pirates."

An all-too-common scenario in the world of Sapona. Pirates, driven by freedom and desperation, fly around the System unchallenged. This is a quick thumbnail of such a scene.
No comments:

A quick antagonist made for the Global Game Jam. Since my team ran out of time, he was hardly even seen in the final game file - so here’s the work I did that went down the toilet! Modeling, rigging, and (bad) animation was all done in 6 hours. To save time, he was designed to be a silhouette with bright teeth, rather than be UVed and textured. Not gonna lie, this was a lot of fun to make.

If you're curious to see the game, Dino Rampage, check out its GGJ Page. The game itself had too high a scope and wasn't taken to the completion we wanted, but hey. Experience points.
No comments:

Recently, Amanda asked me to generate concepts for an illustration project she was working on. A music artist called Leaf wanted an album cover featuring his persona speeding by on a fast, sick ride, but he wanted the motorcycle to be a permanent addition to his character - so it couldn't be just any bike.

Amanda decided to refer him to me for this task. He gave us the details and design ideas he had in mind at first, so I started broad and ended up with something specific and to his liking. It's not the final illustration, but it helped Amanda complete hers.

Here are the first explorations, batches A and B: 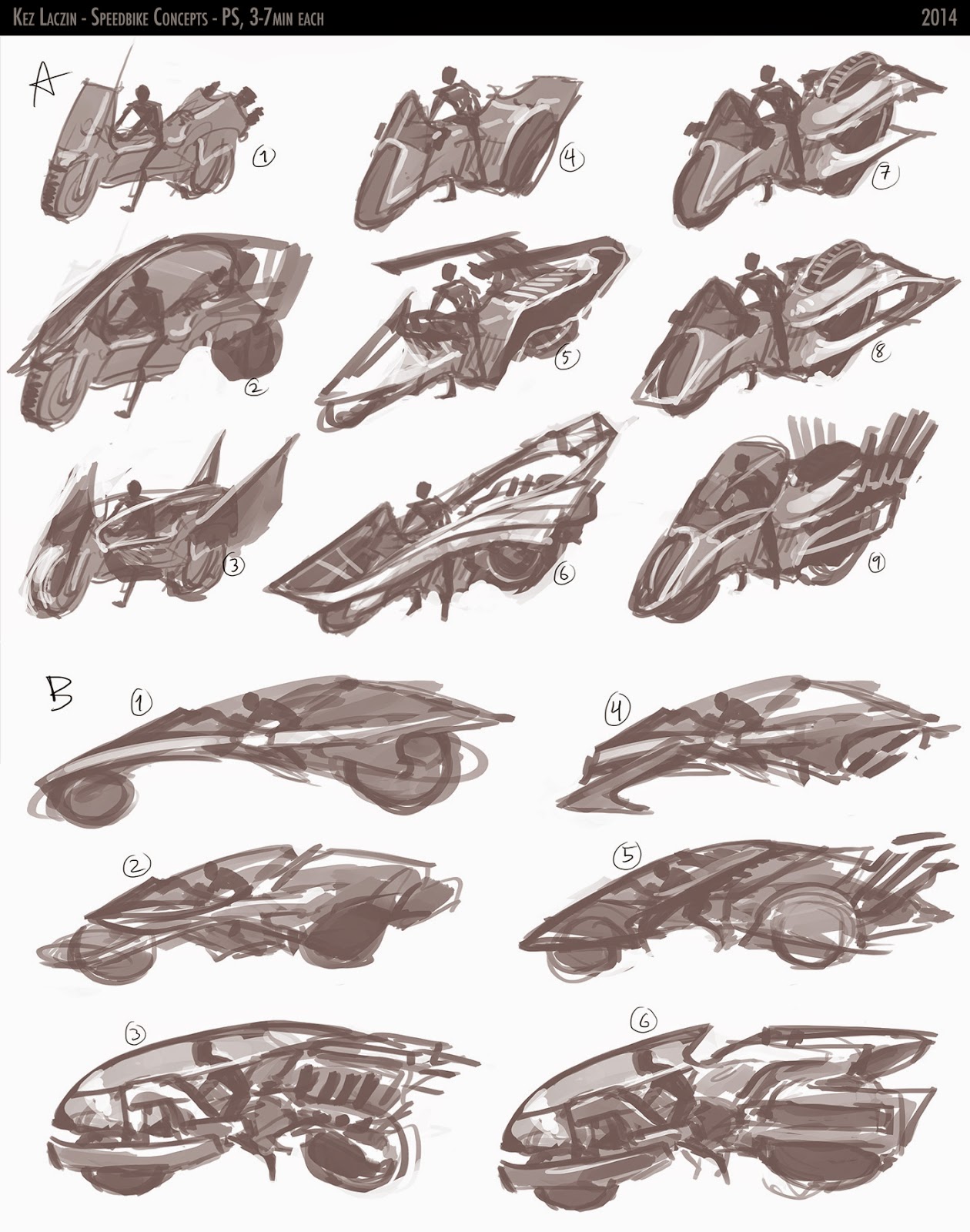 Some of these ended up with interesting forms that I may use for my own projects someday, so even though they never ended up as the final design, they'll still be useful.

For the first two batches, I went with as much variety as possible within his parameters. He then added that this bike shouldn't envelop the driver so he can remain visible for the most part. Thus A4 ended up being the first step for the next phase.

He specified that this bike should closely resemble those in Tron (which are awesome, but very much iconic), so for phase C everything began rounding out: 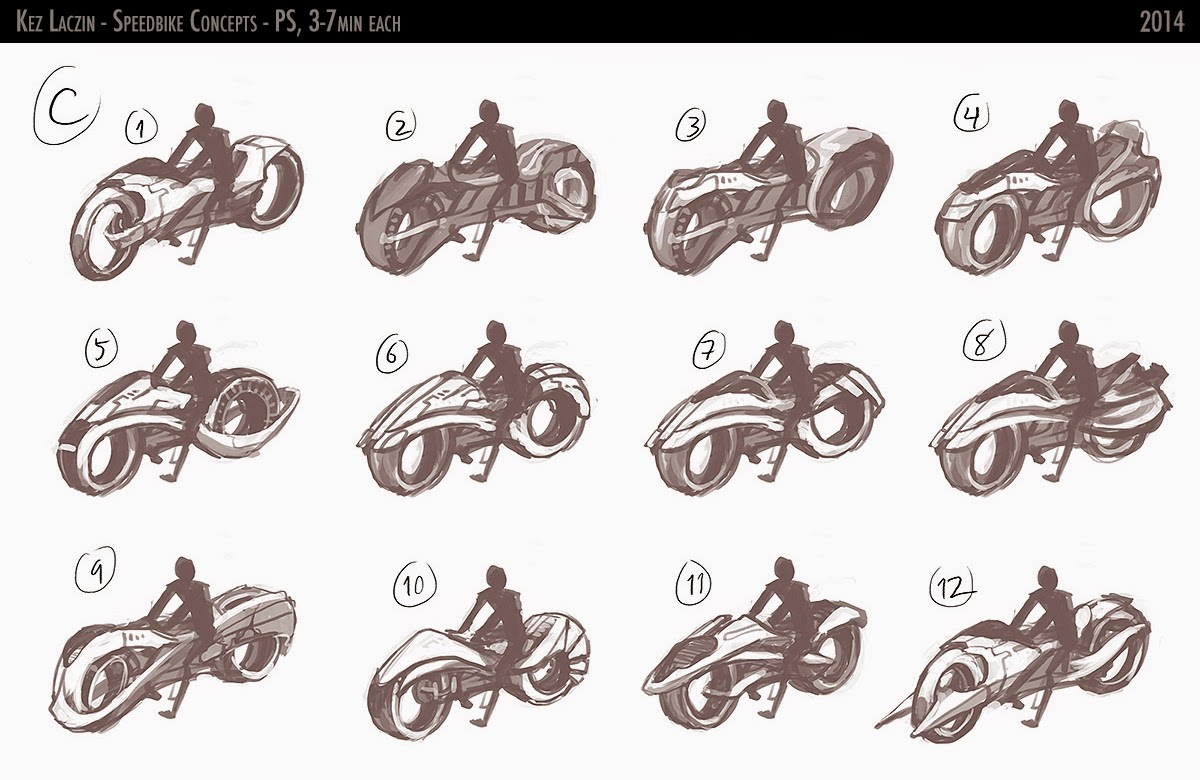 Among his favorite features were the overall shape of 2, the details on 1 and 6, and the minimalist wheel structure on 4. I added all these parts together and ended up with this basic concept: 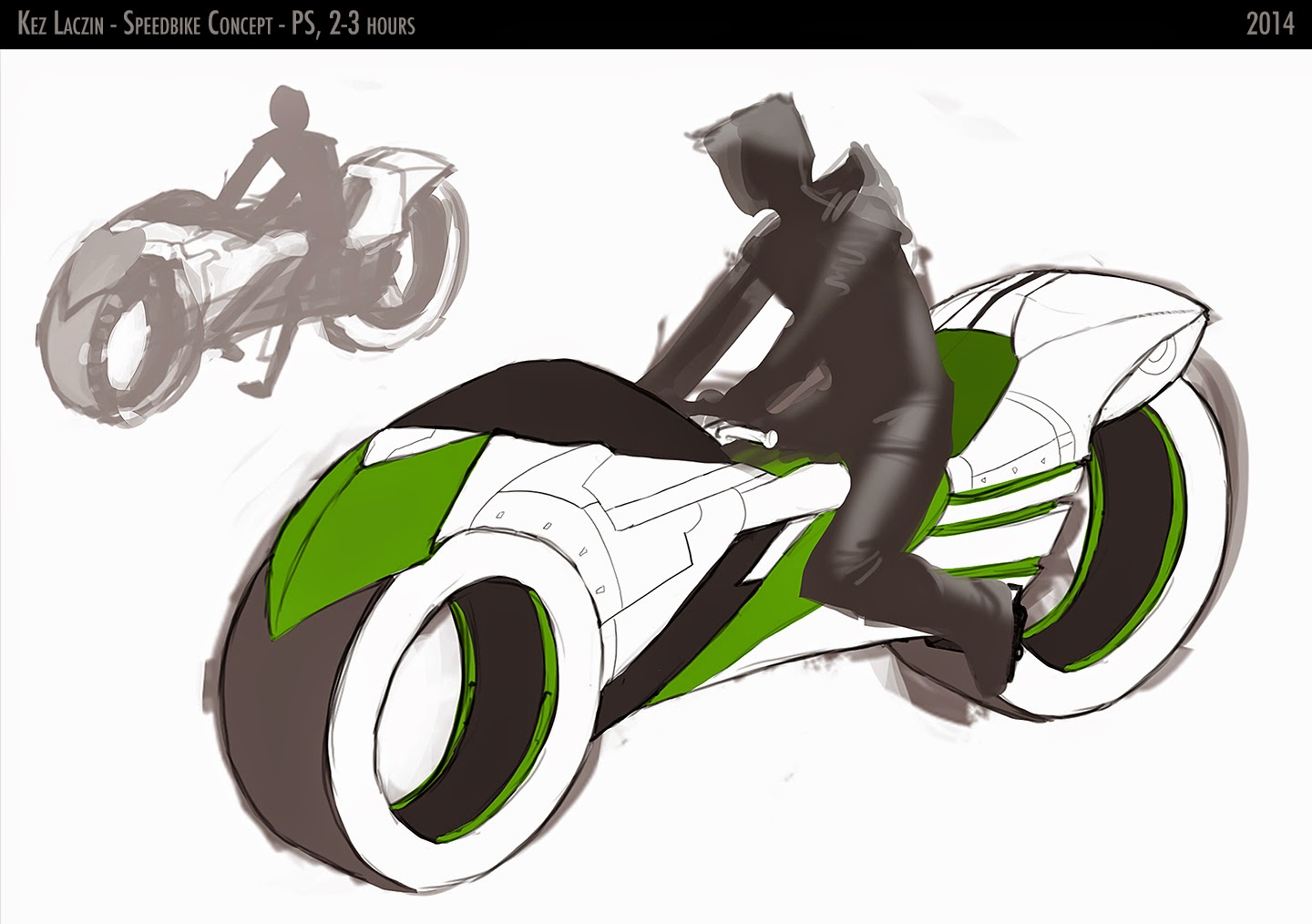 The bike is meant to match the character's colors and overall design aesthetic. This was the first (and final) color arrangement and construction for Leaf's speedbike, with only minor adjustments to make it perfect for the music artist. It was fun and challenging to find the sweet spot for his character, and I'm glad to have worked on it.

Gameshrimp and I collaborated again for the 2014 POKEDDEXY challenge! This time, we decided to do Pokemon fusions just for the fun of it.

A little bit about how we did this challenge:

We took turns drawing each day. Amanda had the odd number days while I took the even days, with a couple of the last ones switched or done by both of us. On our day to draw, the person not drawing would tell the other what their Pokemon selection was for the day. The drawing artist's Pokemon would be kept secret until the fusion was finished and posted on tumblr.

For the individual, high-res posts of each Pokemon, visit either gameshrimp.tumblr.com or kezrekade.tumblr.com.
No comments: