Another batch of L5R work was published - check em out! The first two are for the Lion Clan, the third is the Lane of Immortality (a seedy market in the Shadowlands), and the fourth is Kyoso No Oni - a super evil, naga-like demon. 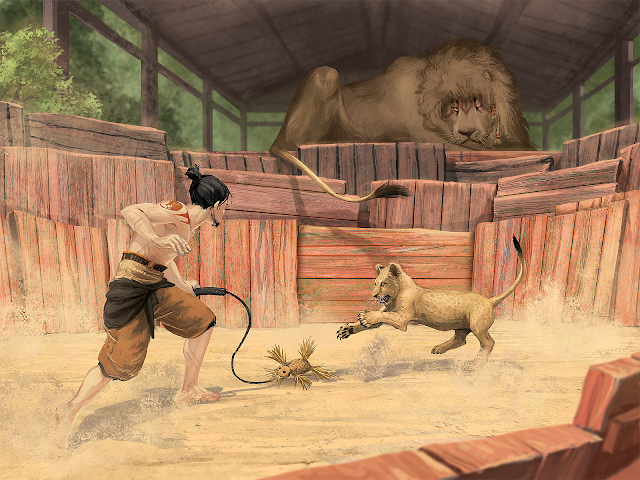 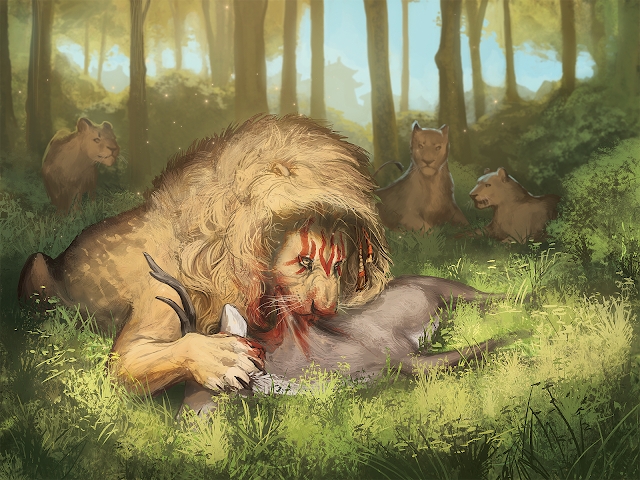 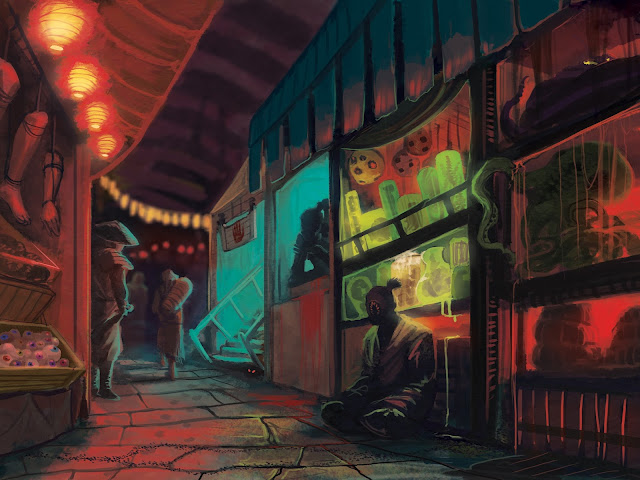 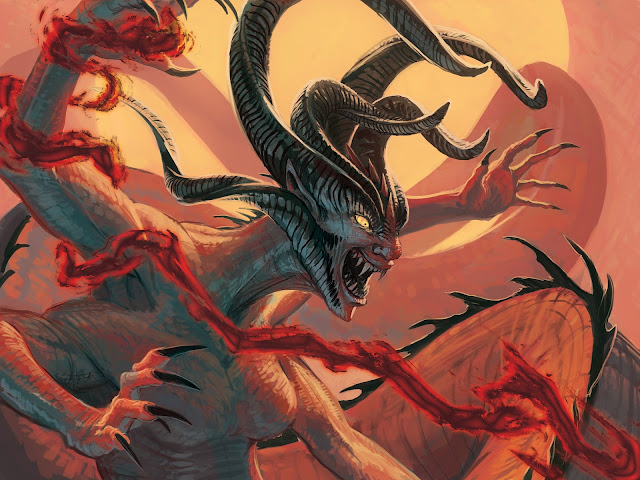 And here they are in their layouts: 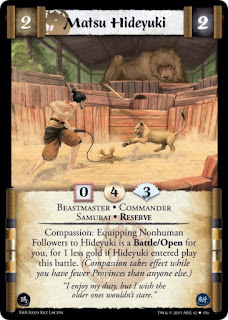 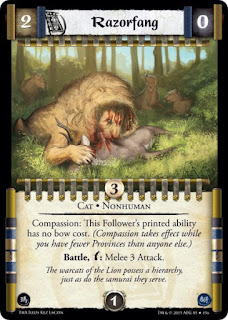 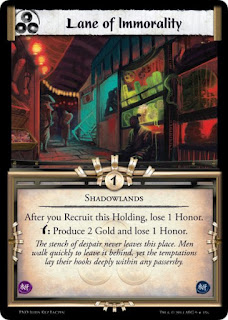 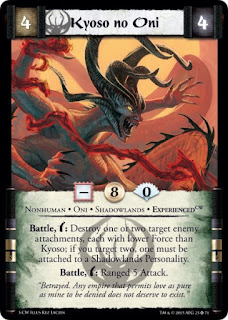 Mmm I love the smell of fiery demon magic in the morning.
-Kez 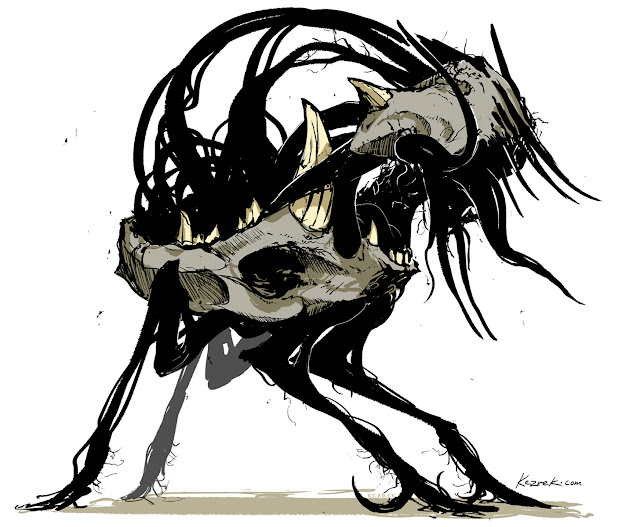 This demon - known as a Nervine - thrives in violently irritated nerves, eating its host's pain for food. In an odd symbiotic relationship, having this parasitic demon can be both good and bad. There's no way to know if one lives with you - while in a host, it looks like any other nerve in your body, except that it slithers around freely.

In rare cases, when the host organism dies the demon takes over the creature's mind and reawakens it as its own vessel. Only in this instance is the Nervine's true appearance revealed. In order to continue living, they extend the decaying organism's nerves outward, distort the skeletal structure, and use its newfound mobility to seek out other creatures and find more pain to eat. 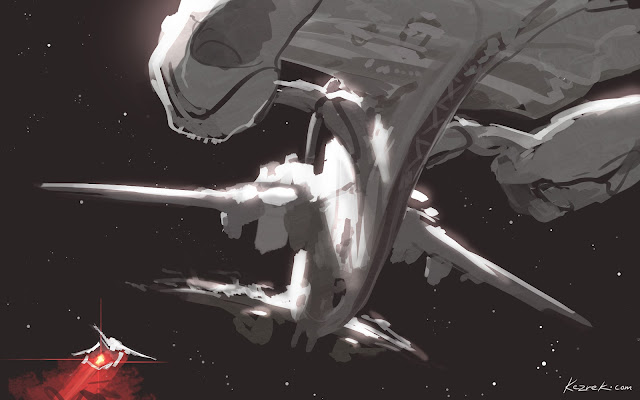 The Ampersand is a neutral but Martian-run space station: the largest one between Mars and the asteroid belt. Originally designed as an inter-planetary freighter, high fuel costs and low efficiency forced her to decommission. The station became the second non-planetary orbital city ever in the year 103, and is the also second-biggest human structure ever built.

She is equipped with some of the most powerful Prismic engines and gravity wells in the entire solar system. If a rogue asteroid strays too close, she can at least avoid or deflect it.

In her retirement, she offers haven for all travelers. Ships can now dock at modified cargo holds along her four wing-like protrusions.

The name Ampersand came from her curvy figure and inclusive nature.