The world is colder, and human presence is lacking.

It is early winter everywhere. Here, in a frost-hidden city, a lone man wearing winter clothes and a dark green beanie to cover his ears walked around, mulling something about alien abduction.

He wandered his way into a rather sizable house. All its windows and doors were either open or broken clean through - letting years and years of frosted snow enter, and coat every surface with barely distinguishable cloaks of chill white. Various furniture, covered long ago by plastic in a futile attempt to protect it, was scattered about the two-story, open living room. The man's eyes brightened up.

"This is a great place to do some Parkour," he said to himself, and began jumping on the furniture. The ice on the tables, couches, chairs, counters, crunched under the new weight. The points of impact dazzled with ice shards freshly broken.

A goldfish appeared in front of him, and the man quickly stopped himself before it. His eyes watched the fish as it floated around in its own warm glow, emanating heat, and a strange nostalgic beauty.

The man calmed as weird sensations came over him.

In the corner of his eye, the man spotted a few said aliens. Upon realizing he saw them, the aliens fled. The man instantly began chasing them.
No comments:

A few Notes of Interest

First, I'll start off on a happy note: I have Jell-O! It is delicious.

Second, no doubt many others have seen this, but lately it's been particularly apparent to me that people really hate it when you question their lifestyle. I mean, who wouldn't? On the receiving end, things you've been taught; your thought process; things you've known to be true or false, are suddenly being interrogated under a spotlight. Daunting, no? It's a threat to one's method of living. I highly sympathize with reactions of confusion, frustration, sadness, anger - because it is natural to feel that way. I know this all too well.

But even though it hurts, I will be blunt: this is no excuse to disregard inquiry.

However, there are two different ways a person can take questioning. When I discover something about myself or the world around me, I can fully realize it. I can integrate it into my being. I can learn from my mistakes, and move on, and life can - and usually does - turn out for the better. Like the scientific method, even if I am deeply rooted in my knowledge or opinion, I must always be open to inquiry: mostly and especially towards that which makes more sense. Instead of pouting stubbornly, I take it into consideration.

Call me cold and logical and rational, but allow me to explain. Recently, I was re-taught the three basic functions of the human brain: the "Old" brain, the Limbic system, and the Cerebral Cortex.

Whilst talking about these functions in my Dangerous Ideas course, people in my class tried to put them in order of importance. Although they made good general sense, I proposed that none of these are more important than the next. To make my point more clear, I gave examples. A person who lives only within the reptilian functions obviously lacks in higher understanding and sympathy. A person who relies purely on emotions will forget about their basic needs, and make irrational decisions. A person who only thinks about life and doesn't act is lacking in emotions and basic needs. This applies to all levels between the three functions.

Limbic + Cerebral = repressing deep desires
Cerebral + reptilian = absent of emotions
..And so on and so forth.

When a human is dysfunctional, these three features are not on the same level, or not close to the same level. The more the levels fluctuate, the more dysfunctional the person. A person is at their best when they take care to fulfill all these attributes. The Cerebral checks and balances the Limbic and reptilian so they don't go too far. The Limbic gives personal meaning to the Cerebral and reptilian. The reptilian feeds the pure instinct of the body - to satisfy the animal in all of us, to make our bodies content so they we may focus on other things.

I hope I've covered enough to make sense out of this outlook of mine. I try to balance myself between these kinds of thoughts. So far, it's worked pretty darn well!

To leave on a happy third note, enjoy arts!

Drawings for my project in Game Design class: 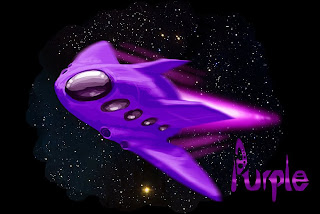 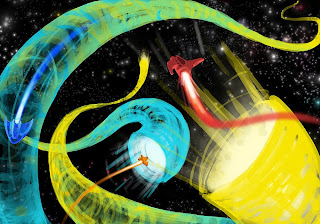 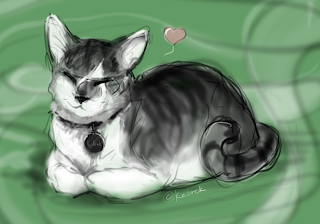