You left your citrus fruits at my house. So I drew them. 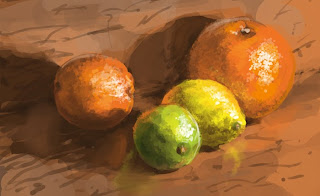 Another promo image for the book. A 'photo' of a creature who just detected you. ;D 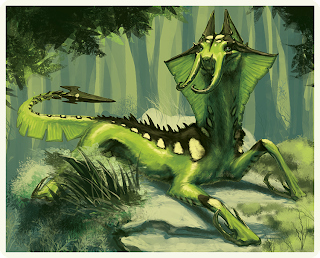 I feel like spouting some deep philosophical hoots, but nothing so profound is coming to mind right now.

Instead of boring you with that, I'll relay to you an anecdotal slice from Recent Daytime Nap Dream:

T'was a video game POV, jumping around in an action/platformer with mostly flat grey colors, like a greybox. There was also Optimus Prime, and he wanted to kill me while I was trying to get some strange inter- dimension-traveling train to work.

There was also my friend and classmate Joe. I think he was the character I played.

Have a couple sneak peek WIPs: 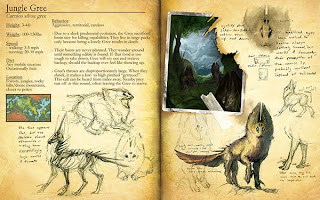 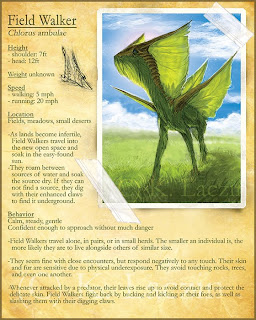 Looks like my underwater camera will need some getting used to: 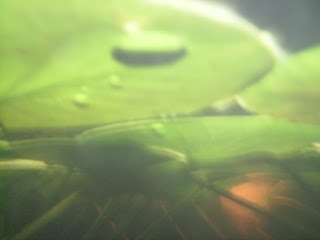 Oh well. Yesterday, my sister and I went for a pleasant stroll around our neighborhood. There wasn't much to take pictures of, but here are a few magnificently cliche attempts at making suburbia look cool. 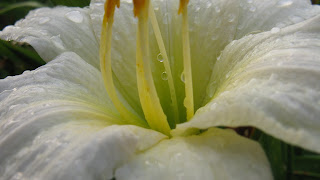 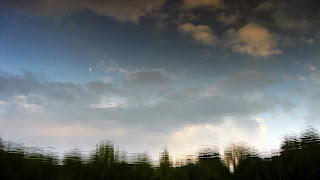 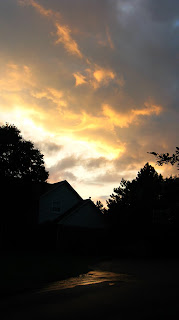 The movie Inception has finally come out.

After first seeing the trailer months ago, I've been waiting for its release ever since. And it was worth it.

For the first time in a good, long while, here's a movie that truly forces you to think. During the movie, my mind strained with questions, suspense, and tension. It's a rare occurrence for a film to do so well these days when it lacks mindless explosions, unnecessary graphics, and emotionless characters.

Inception has everything it needs to make you really think. Instead of dragging you along a roller-coaster ride of overly done high-tech jargon and underdeveloped character, it shows you immense possibilities, dangers, and feelings that should come naturally with any great sci-fi thriller.

Mainstream audiences may have a somewhat difficult time calling it a sci-fi because even though the filmmakers address the technology, that is not the primary focus of the film. (I'm fairly certain that many people normally associate sci-fi with space ships and aliens) But, that is how sci-fi can most efficiently catch the eye of the audience. Not to go over their heads, or dumb it down; but to intrigue them enough to want MORE. Sci-fi is about critically asking questions about ourselves, creating new and strange situations, and showing the audience how something impossible is not as distant as we think.

Therefore, Inception lives up to its sci-fi thriller genre. In fact, it should be the forerunner of the genre, alongside Equilibrium, Serenity, and Moon

Seeing a movie like this gives me unbelievable hope in humanity, for a rather indirect reason. People are enjoying this thinking film. Now, maybe, people will once again think for themselves - and will call for more entertainment that follows in this film's footsteps. Yes, many movies have done this before, but Inception came out right as the entertainment industry becomes dire. (*coughTwilightcough*)

As far as Inception itself, it is filled with spine-chilling intensity cradled by a movie that does not rely so heavily on computer graphics or brain-numbing romance or violence. Its methods are mostly, and fittingly, all in your head.

Steps & result:
Please excuse the tiny-ness of the thumbnail - simply click on the image to see it much larger

I made an 'Art Update 01,' but didn't post any further art entries with such a sequential title. THUSLY: 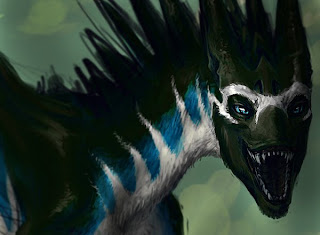 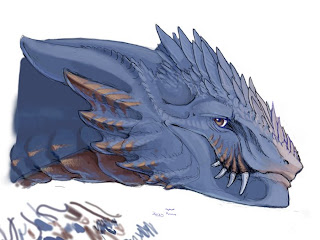 Using StumbleUpon, I came across a series of photographs by David Doubilet, mostly of underwater and aquatic scenery and creatures. They've proven to be amazing for photo studies, because they are real places that feel fantastical. The best of both worlds!

Here's an example of a loose photo sketch study, based off a photo of his: 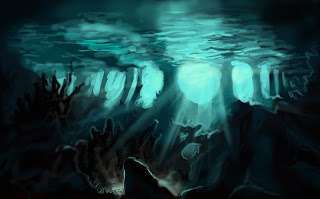 This photography makes me feel immensely nostalgic. I look into the image and want to go there, to see what's behind that rock, to explore the untold wonders and have adventures. Wanderlust drives me. Hopefully, with enough practice, more photo studies, and hard work, I can create such feelings in my own pictures.