Hello, long time no post. I said I would, but that was before the end of summer launched itself at me. Oh well.

While in NYC, I took some pictures (of course) and I know no one cares about my blog posts unless they have pictures in them, so here's the best picture, taken in Central Park. For some reason this photo honestly resonates with me, something that only happens in my photo sessions on rare occasion. 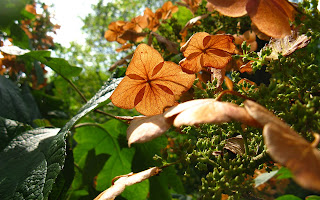 As a quietly respectful enthusiast of the natural universe, I often find myself glued to various animal behavior displays.

Just now, for instance. It's rather late at night and I was the last person to go upstairs to bed. Before turning off the last lamp, I saw a little house fly on the couch, just chillin,' poking around, confused at the sudden waves of darkness. Instead of ignoring it or even swatting it away, I calmly reached my hand over to its side.

You'd think it would fly away, but it did not; in fact, it found my index finger somewhat interesting. After a few moments it casually made its way onto my nail, testing the surface with its strange, tubular mouth organ. It then made its way onto my skin, where I felt the typical tickle associated with flies.

I looked over this guy for a good, quick while. This was a neat chance to observe one up close and personal. Very interesting when you stop to really think about them.

Then, it flew off.

I've also compiled a few other intriguing animal behavior stories. I'll tell you these tales in the coming days. For now, here's a quick list of them:

On another note, GenCon Indy was absolutely magnificent. At the end of four days I was tired beyond recognition but I felt every penny I spent on a badge was worth it. I'll go into further details with that experience later, as well, when I'm not so exhausted.

Thanks for reading,
-Kez
No comments: